Fikkie is a bronze dog in Rotterdam by the artist Joeki Simák. It’s close to the Guard figure by Hans van Bentem.

This sculpture is a gift from the Rotterdam Student Corps. Due to their 50th anniversary in 1963. The turd in front of Fikkie in Rotterdam is an addition later by the artist Hans Citroen. This was during a campaign for a cleaner city by the garbage disposal company Roteb.

The decision for a dog is because students are often wild and rebellious. Similar to puppies. The sculpture itself says enough. Who else buys an artwork of a dog than a bunch of young and wild students?

Since 1963 the bronze dog by Joeki Simák is kidnapped three times. Also returned every single time to the police. Here is the location! 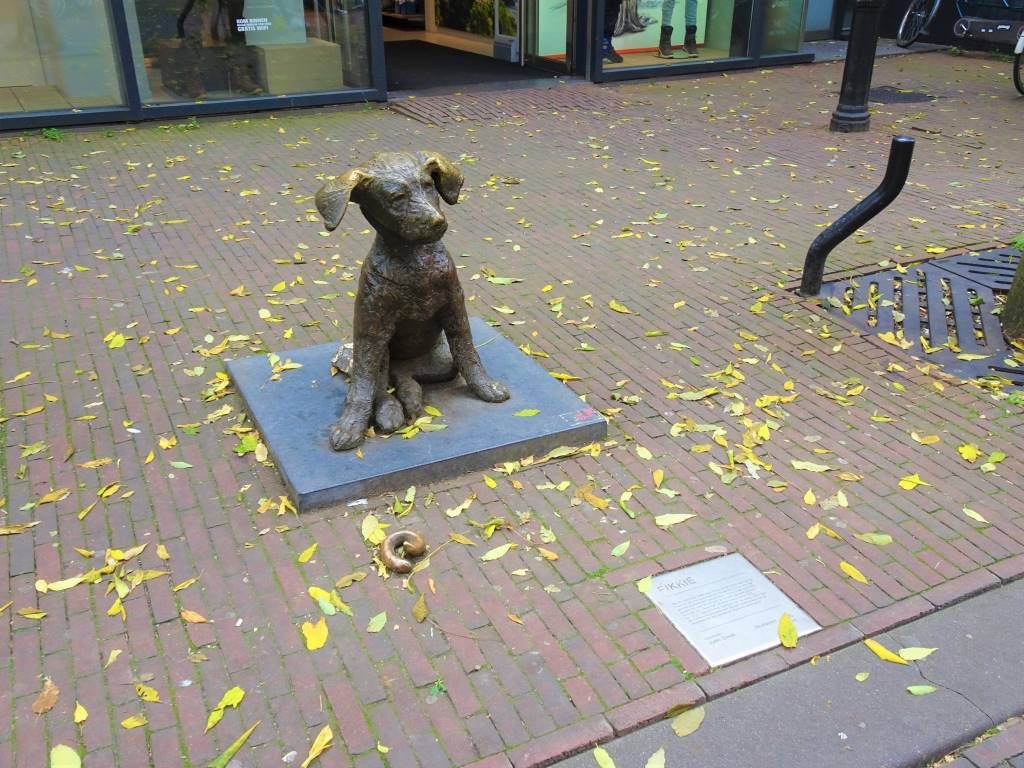