Until 1957 Rotterdam had four smaller train stations instead of a actual Central Station. All near and around the city center area. Already in 2004 there were plans for a new Central Station in Rotterdam. This because by 2025 the city expects a growth from 110.000 to a 320.000 daily travelers. The old station by architect Sybold van Ravensteyn couldn’t handle this amount of travelers. The new station is by the architects of Benthem Crouwel Architects, Meyer en Van Schooten and West 8.

So in 2007 the old Central Station in Rotterdam was closed to be demolished in 2008. And in 2014 Dutch King Willem Alexander opened the new Central Station with 7 platforms and 13 platform tracks.

A reminder of the past is the clock from 1957 in the front. The original neon letters forming the words “Centraal Station” were supposed to be placed back. Because of the theft of 6 letters (A, A, A, I, N and S) from the storage a replica now covers the front instead. Furthermore below the station there is an immense bicycle parking with space for 5190 bicycles. This to avoid that travelers park their bikes everywhere around the station. There are 3000 solar panels on a surface of 10.000 m2 on the roof top that collect and provide solar energy for the elevators, escalators and lights. The total surface of the roof is 30.000 m2.

Together with the Groot Handelsgebouw from 1953 next door the Central Station in Rotterdam is definitely an eyecatcher. Inside the station one can eat, drink and relax in the many places while waiting for the trains. Here is the location! 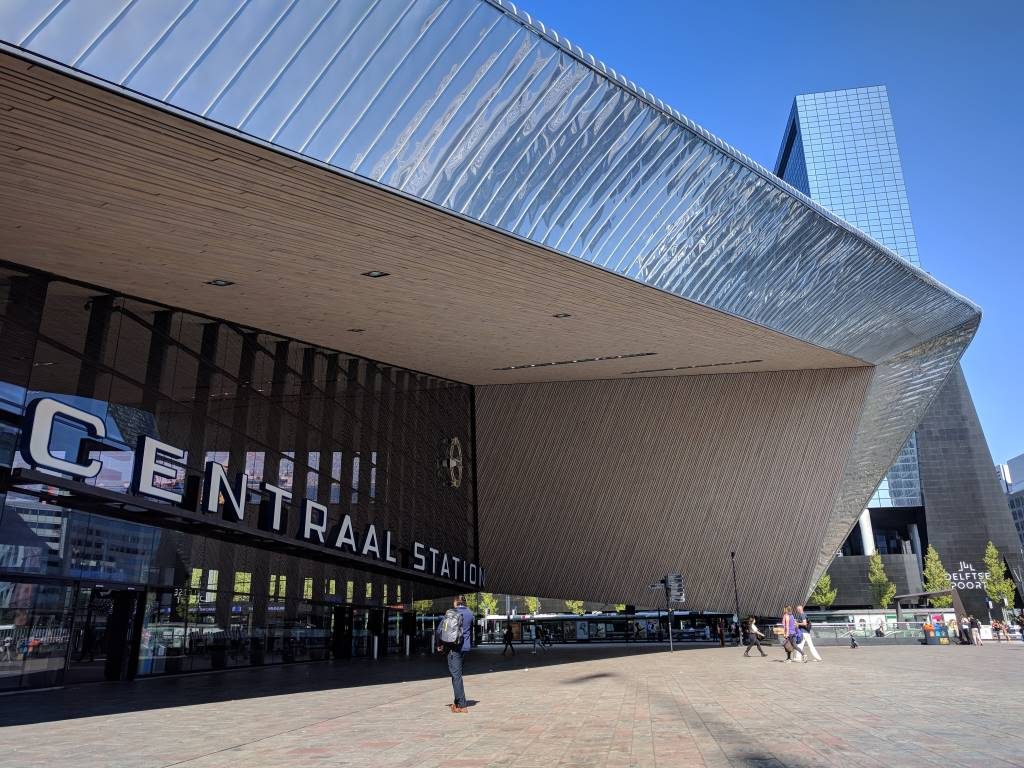